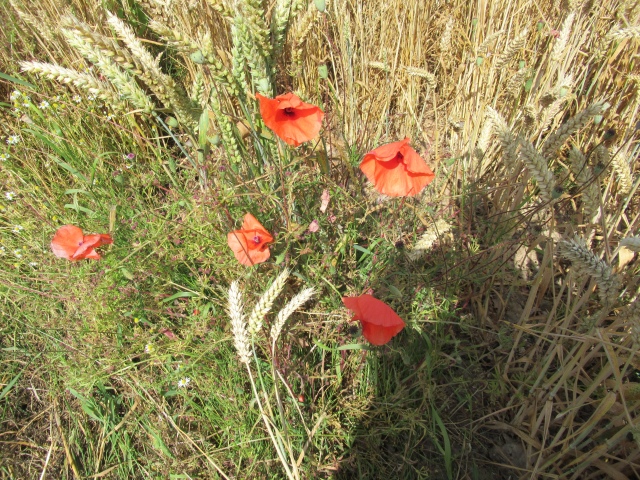 On Saturday we travelled two hours north west of Rouen passing vast agricultural and farming areas producing large crops of canola, sugar beets, potatoes and wheat. We drove on through the village of Neufchâtel en Bray which is famous for the heart shaped cheeses it makes and past big wind farms eventually arriving at the area of France where the Battle of the Somme took place between the French and British Empire against the Germans. In the four months from July to November 1916 1.2 million men lost their lives. There were thousands of Australian soldiers who fought here and in the town of Peronne, which suffered heavy shelling and was almost completely razed to the ground during this battle, the town was rebuilt with the help of the Australian soldiers. The people of Melbourne also assisted in building a school here and in the playground of that school there is a large sign “Remember Australia”. The school hall has photos and memorabilia of the Australians and all around the town there are references to Australia – street names, business names, kangaroo signs etc. We visited the John Monash Memorial and magnificent museum honouring the Australian soldiers and then drove on to the Thiepval Memorial – a huge monument where the names of the thousands of soldiers whose bodies were never found are engraved on the sides of the monument. Beyond that is a cemetery with French graves on one side and the graves of the British Empire soldiers on the other. It was here that we found two Kiwi graves and several Coleman names on the lists of the missing.

All around this vast area of Normandy there are cemeteries honouring the brave men who fought and lost their lives in the First World War. It is sobering and sad to walk among the graves and think of these young men who left their homes and families to go and fight for freedom, hoping to return but never doing so. So many empty chairs. Because this part of Normandy, like so many other places in the area, is an agricultural and farming area they are still finding remains of some of the missing soldiers as ground is dug and things that can be identified are brought to the surface so occasionally a name is removed from the list of the missing and another white cross takes it place in these cemeteries. 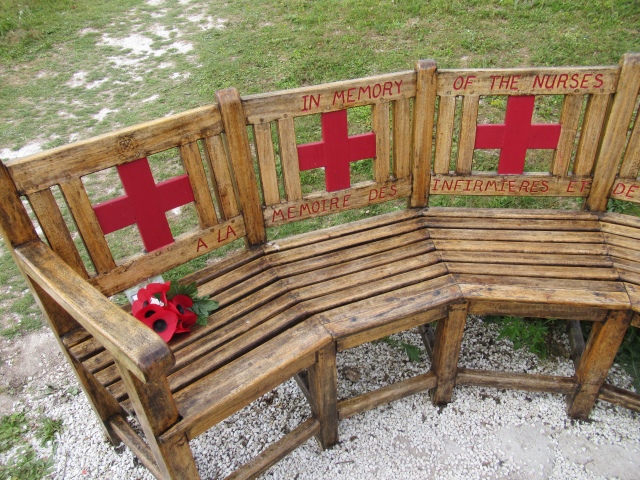 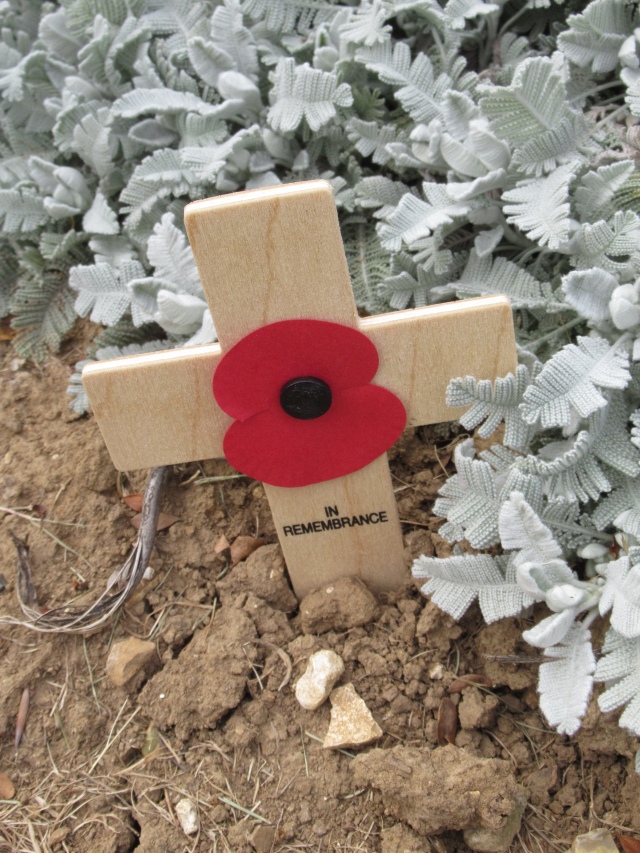 The little red poppies grow wildly here at the sides of the road, among the wheat in the fields and remind us of why we wear them on Anzac Day – “They shall not grow old as we that are left grow old, age shall not weary them nor the years condemn, at the going down of the sun and in the morning we shall remember them.” The heartening thing we see here in Normandy is that everyone does indeed remember them.

Yesterday we made a trip from beautiful Honfleur travelling west about 120 km arriving at Arromanches where the first-ever prefabricated harbour was created by the British. It was Churchill’s brainchild and was named Port Winston – seventeen old ships crossed the English Channel and were sunk by their crew to create a first shelter. This was followed by 115 football sized cement blocks which were towed across the English Channel and sunk. The result was a four mile long breakwater 1.5 miles offshore. Then seven floating steel pier heads were set up and linked to the shore by long floating roads made of concrete pontoons so that 54,000 vehicles, 326,000 troops and 110,000 tons of goods could be delivered securing an Allied toehold on Normandy. Eleven months later Hitler was dead and the war was over. You have probably seen this in various recent movies. You actually wonder how they ever kept this whole operation under wraps because it took a couple of years to prepare all of this. We watched a short movie at the Museum and explored the little village where the lampposts are decorated with banners of some of the war heroes. Our bus hardly fits down some of these little narrow cobbled streets. We then went on to Omaha Beach to visit the Memorial set on the beach there, just one of four of the D-Day Landing beaches with the others being Utah, Sword, Gold and Juno. Our guide was extremely knowledgeable and told us stories so that we could picture every scene. 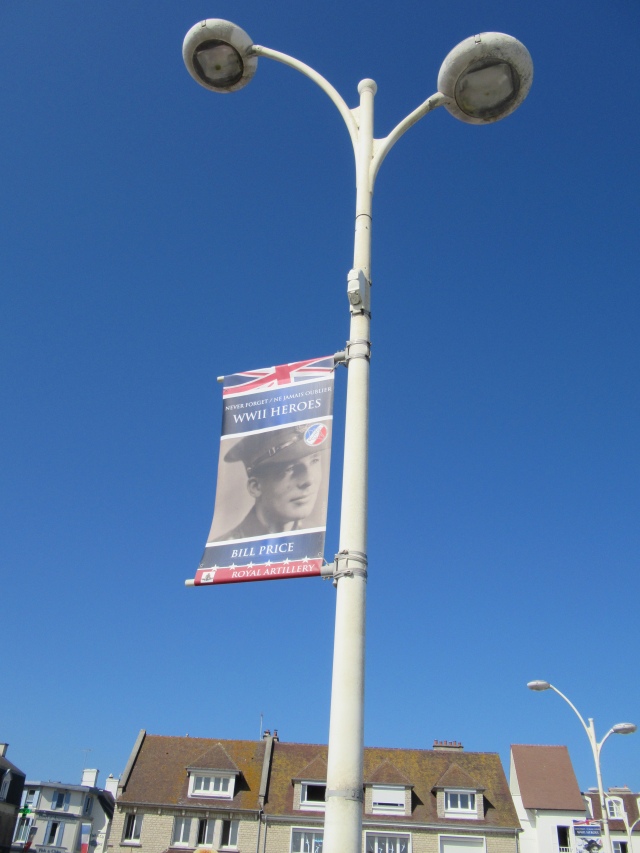 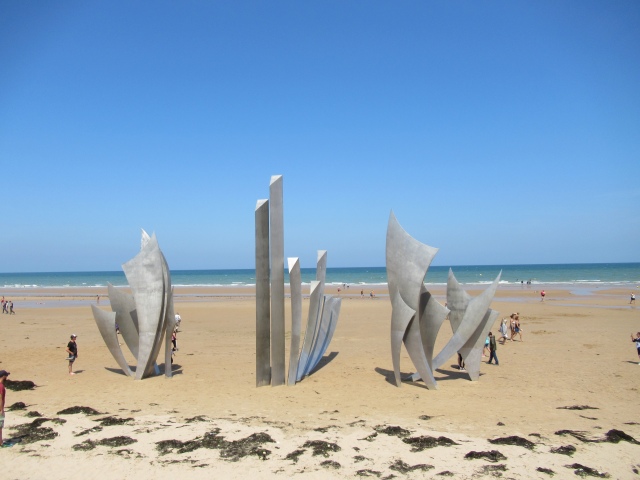 Our final stop was to the American Military Cemetery where there is a beautiful garden surrounded by a long wall recording names of more than 100,000 missing soldiers and further on 9000 graves in the most beautiful setting with surrounding memorials and gardens and a little Chapel above Omaha Beach. The thousands of white crosses leave you almost speechless and a tissue or two is required as people walk quietly reflecting on the immense loss of life and praying that these terrible wars never ever happen again. There is a fitting quotation on a large wall “Think not only of their passing but remember the glory of their spirit” 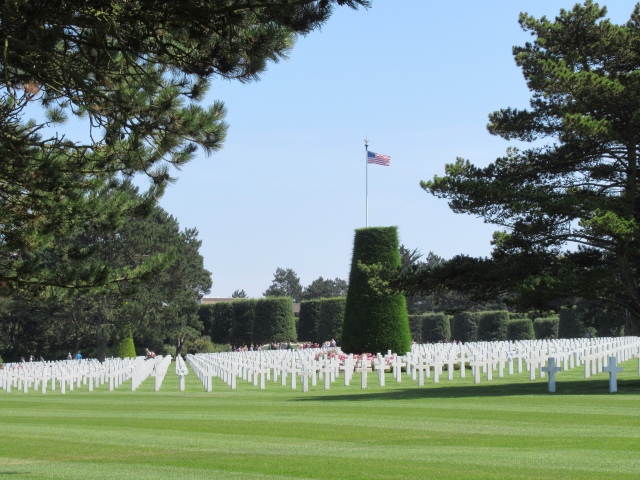 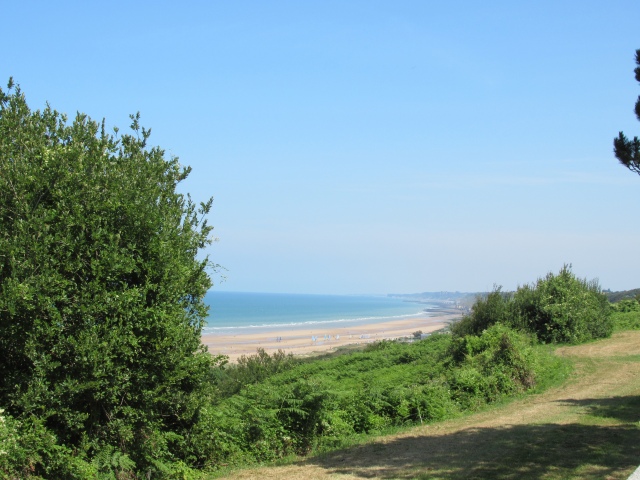 One thought on “The Battlefields of Normandy”